The 8th edition of the International Adolphe Sax Competition of Dinant
will take place from 29 October to 11 November 2023.

Consult the extract from the rules
and register!

The Adolphe Sax International Competition is open to saxophonists of a high standard, of every nationality, who have not yet reached the age of 31 when the final of the competition takes place. Musically, it is overseen by a Musical Committee, chaired by Alain Crepin, composer and Saxophone Professor at the Royal Brussels Conservatory, and made up of saxophone teachers from Belgium's Royal Conservatories and Academies.

The competition is made up of:

All kinds of saxophones are accepted for works of the candidates' own choice, but only the alto may be used for the compulsory works. In the first round and the semi-final, candidates are accompanied on the piano; in the final they are accompanied by an orchestra.

The compulsory works in the finals of previous editions, commissioned by the International Adolphe Sax Association, were:

For the first round and for the semi-final, the Competition Organising Team makes official pianist accompanists available to candidates who wish to avail of them.

The finalists are accompanied by a chamber orchestra.

The Jury is made up of musical personalities representing different schools around the world.

The Jury is assisted by a Secretary General. An Arbitration Committee, chaired by a magistrate and made up of saxophonists, ensures that the Competition's rules are correctly applied. 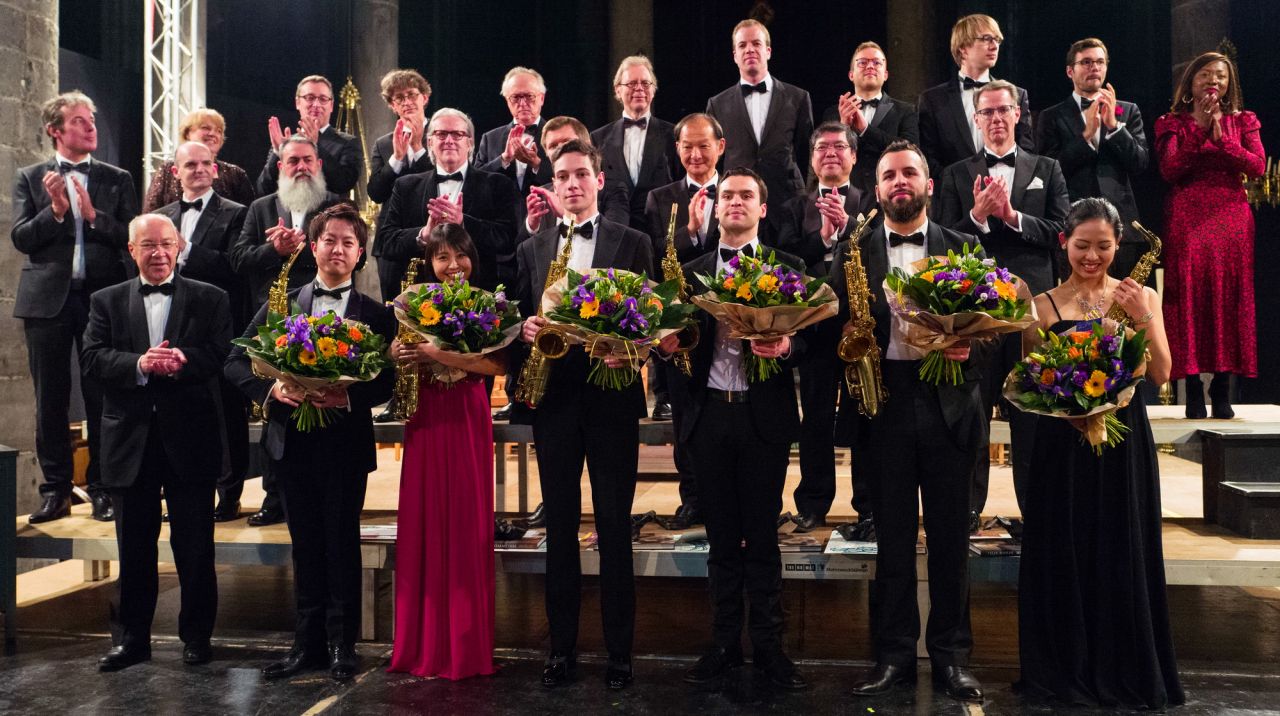